Speaking on the presidential campaign moves, Governor Fayose’s special assistant on Public Communications and New Media, Lere Olayinka, said what they did was to open social media platforms for the venture.

He said that was all they had done for now on the presidential bid of Governor Fayose.

About two hours after the launch of the page, it had 1,377 likes on Facebook, Olayinka added.

No Change In NAFDAC Leadership –Presidency 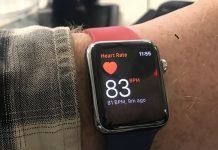 ‎EFCC Holding Me Without Charge, Andrew Yakubu Cries Out