VICE Chairman of the Senate Committee on Information and Communication Technology and Cybercrime, Senator Foster Ogola, on Thursday said the upper chamber of the National Assembly would probe deposit money banks used for transactions between Nigerians and a ponzi scheme, Mavrodi Mondial Movement. 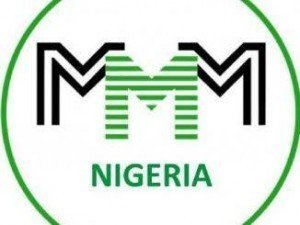 Ogola, while speaking at an interactive session between the committee and key players in the financial sector, said an international expert on cyberspace and banking crimes was already in the country on the invitation by the committee to expose all those involved in how MMM defrauded Nigerians.

He said: “We need to secure our cyberspace and financial sector against all forms of crimes or frauds as seen with the MMM operators who came, in collaboration with insiders, and expressly entered into the banking system, duped and bolted out.

“We have to stop anything that will defraud us, and the first step now is to expose all the banks involved in the MMM fraud.

“As a chartered fraud examiner, when the scam called MMM ponzi scheme came with its 30 per cent interest in 30 days early last year, I told people then that it was a fraud but many refused to listen and some of them later learnt their lessons in bitter ways.”

The lawmaker also announced that the Senate would soon come up with a legislation that would make digital education compulsory in both primary and secondary schools.

Ogola explained that the interactive session was to gather the inputs of all the stakeholders to the amendments that would soon be carried out on the Cybercrime Act.

The Central Bank of Nigeria and the other banks at the session identified creation of a centralised database anchored on the National Identity Card scheme as the best way to prevent cybercrime in the country.