NON teaching staff in the universities on Thursday announced a conditional suspension of the strike they embarked on two weeks ago.

The Joint Action Committee of the non teaching staff made up of National Association of Academic Technologists (NAAT), Non-Academic Staff Union of Educational and Associated (NASU) and Senior Staff Association of Nigerian Universities (SSANU) said they believed government would keep to the promise on the agreement the parties entered into.

Chairman of JAC of the three affiliate university unions Comrade Samson Chijioke Ugwoke announced the suspension after a meeting with the Federal Government Negotiation Team led by the Minister of Labour and Employment, Senator Chris Ngige.

Trump Lashed Out At Undocumented Immigrants, Calls Them ‘Animals’

Dogara’s CoS Denies Giving Appropriation Committee Members $20,000 To Speak Against... 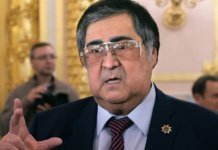 BREAKING: Reps Pass Vote Of No Confidence On Fayemi, Bawa-‎Bwari 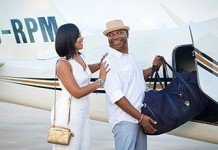 5 Tips For Every Nigerian Couple’s First Trip Together