The ultra-modern African Home project is a Public-Private-Partnership (PPP) under the Mass Housing Project initiated by the Obasanjo administration headed by Prof. Akin Mabogunje through which the 501 hectares expanse of land was allocated to the promoters of River Park Estate with the sole purpose of building different types of houses to cater to needs of various strata of the society and reducing the nation’s housing deficit.

Speaking to journalists at the pre-event press briefing at the estate on Tuesday, the chairman of River Park Estate, Mr. Paul Odili said  over 3,000 houses of different sizes in five different clusters have already been built on the estate while over 500 residents of about 14 African nationalities are already resident in the estate.

Odili said the estate is the largest and cost friendly estate in West Africa that has different sizes of buildings ranging from one bedroom to 7 bedroom apartments with a well structured and flexible payment system that does not require deposit or collateral.

He said the promoters of the estate decided to make payment flexible because of the philosophy to “provide houses for Africa, to build an estate where people of Africa will call their home”.

The chairman added that there is no plan to sell any portion of the land because the Federal Government through the Federal Capital Territory Authority provided the land and it is mandatory for the promoters of the estate to be strictly committed to its part of the deal which is to affordable build homes for people.

“We are committed to developing Nigeria and to do our own part in reducing the housing deficit. So, we are building for people to occupy. That s why you can never see an empty any unoccupied house on the estate”, he said.

Speaking of the unique features of the River Park Estate, the Vice- Chairman, Adrian Ogun said the estate can boast of infrastructural facilities such as; reticulated water system, reliable electricity supply at no cost to residents, internal road network, places of worship, a 9-hole golf course facility, four nursery/ primary schools and one secondary school to cater for children educational needs,  and individual Certificate-of-Occupancy (C-of O) for resident, shopping complex for small and medium businesses and a 7-floor office accommodation where the River Park Estate will have its administrative office.

Part of the activities slated for the official launch of the estate is thehanding over of a newly built, furnished and equipped Divisional Police Station to the Nigeria Police.

Mr. Paul Odili said the aim of the donation was a clear demonstration of the importance the promoters of the estate attached to issues of security.

According to him, the police station which is of a divisional standard will serve the River Park Estate community and its environs in providing security. “Security is number one and we place a premium on security. We want our clients, the residents to live in peace and harmony, with their lives and property secured”.

Odili said the promoters decided to take the initiative which is the first full-fledged divisional police station in an estate in the Federal Capital Territory because of the obvious fact that the Nigeria Police is inadequately funded to make its presence felt in every community by building police stations.

“The Nigeria Police do not have enough funding for capital projects to build police stations everywhere. So, we concluded plan for built, equip, furnish and donate a standard divisional police station and donate to the Police authority that will provide the personnel to give us and our residents here maximum security.

“We contacted them to give us a plan for a divisional police station which we built to specification while we on our own add features that will further make policemen that will work there comfortable so that they can work efficiently and effectively”, he said.

An on-the-spot assessment of work progress at the station revealed that all offices have POP Ceiling, fairly sized office accommodation, neatly built male and female detention cells, a work-out gym for detainees, relaxation space within the premises for policemen.

The vice-chairman added that a 3-bedroom furnished residential apartment will be constructed at the back of the station for the Divisional Police Officer (DPO) who will be resident within the community.

To make the work the policemen work efficiently, he said, ”we as well will donate two new Hilux Van and five Boxer Motorcycles on that day while an additional two motorcycles will be donated later”, he said.

According to him, the Inspector General of Police will be on hand to take over the facilities and equipment. 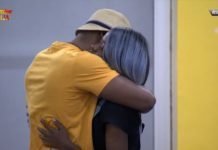 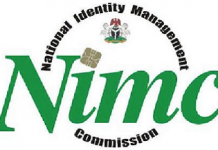