SENATOR Abdullahi Adamu has been removed as the Chairman of the Northern Senators Forum over the mismanagement of N70 million.

Senator Shehu Sani said it was alleged that some monkeys took the money belonging to the northern senators.

The letter of Adamu’s removal was read on the floor of the Senate by Deputy Senate President, Ike Ekweremadu, on Wednesday.

Recall that Sen. Adamu was among the nine senators who opposed amendments to the election timetable on the grounds that President Muhammadu Buhari might be the target.

Senator Aliyu Wamakko, former Governor of Sokoto State was, however, announced as new Chairman of the forum. 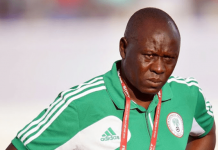