The party charged electorate in the state to liberate themselves from the shackles of poverty by supporting the party in the May 5 governorship election.

The decision to adopt Adewale, a Peoples Democratic Party (PDP) chieftain, as the governorship candidate, according to a release made available by Director Media and Communications, Otunba Segun Adewale Campaign Organization (OSACO), Mr Sunday Osanyintuyi, was communicated by the ADP state chairman, Hon. Kunle Abegunde.

Abegunde had led the state executive council and members of the party on a visit to the Otunba Segun Adewale Campaign office at Ado Ekiti on Thursday 1st of March, 2018.

READ MORE: Kano Underage Voting: It Is Too Early To Conclude — INEC Team

ADP boss said the party settled for Ipoti-Ekiti- born reputed entrepreneur and philanthropist after considering his antecedent and was convinced of his capability to deliver the desired leadership to people of the state.

The politician, while pointing out lapses of the Ayodele Fayose-led government, urged the people to reject the attempt to elongate their sufferings through what he termed, “continuity Agenda.”

This was just as he noted that “The current leadership of the PDP in Ekiti cannot appreciate the qualities in this illustrious son due to their dictatorial tendencies.”

The ADP Chairman in Ekiti State described Governor Fayose’s stomach infrastructure programme as false Charity and an attempt to subdue the citizens. In his words “False charity, lack of conscience, oppression and self-aggrandizement and impunity cannot continue forever.”

Speaking further on the qualities in Adewale to make deserved the ADP slot, Chief Abegunde said: “Aside Otunba Segun Adewale drawing his wealth from legitimate sources, he has impacted on many lives within and outside the state, even as a private individual.

“Otunba is credible, with no corruption or criminal tag. His successful entrepreneurship background and exposure is needed to redirect our state on the path of prosperity. Ekiti has many illustrious sons and daughters. We cannot allow the present shenanigan to continue. We must all put hands on the deck to redeem our dear state from the hegemony of looters.”

Responding on behalf of the Adewale, who was unavoidably absent, the director general of his campaign organization, Prince ‘Tosin Jegede, while thanking the party leadership and members, described the ADP gesture as a confirmation of the credibility of the brand the organization had presented to the electorate in Ekiti State.

“Let me start by appreciating the leadership and all members of ADP for taking this bold and unique step of identifying with our good brand not minding political party differences.

“Otunba Segun Adewale remains a chieftain of the People Democratic Party who is seeking the governorship ticket of the party in a free, fair and credible primary. However, if Ekiti State PDP refuses a credible primary, we are convinced from our research into the activities of the ADP that the party is a credible alternative.

“Considering the credibility of those directing the affairs of the party at all levels, easy access to party information and the party constitution that takes grassroots members into consideration in decision making, one can truly see that the ADP is prepared for the challenges of producing credible leadership for the state in particular and the nation at large,” he said.

Jegede challenged those advocating for continuity of Governor Fayose’s administration through his deputy, Prof Kolapo Olusola to showcase legacies that were worthy of continuing.

The director general assured the ADP leadership that their request would be considered and responded to appropriately.

While addressing journalists after the visit, Jegede said the PDP governorship aspirant, Adewale, was in the race to win.

He, however, said that should the PDP insist on selection instead of holding a free, fair and credible primary, Otunba Adewale and his group would be left with no other choice than to accept the ADP offer.

“Otunba Segun Adewale is in the governorship race to win. If the PDP insist on selection instead of a free, fair and credible primary, we will be left with no other choice than to accept the ADP offer. OSA will not hesitate to adopt any credible means of meeting the aspiration of the oppressed in Ekiti,” he said. 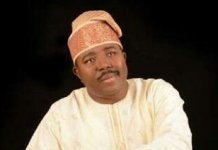 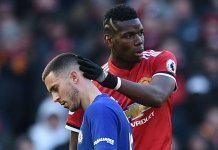