GARETH Bale became Real Madrid’s second top-scorer for the season on Saturday night but it is on Tuesday in Paris when he will discover where he truly sits in the pecking order.

Real take a 3-1 advantage into their Champions League last 16 second leg against Paris Saint-Germain, with Bale not guaranteed to start what is potentially a season-defining match for Los Blancos.

Adrift in La Liga and out of the cups, success for Real in 2017-18 now depends entirely on their exploits in Europe. Zinedine Zidane’s future as coach may also be tied to them lifting the trophy in May.

It leaves the Frenchman with no room for error at the Parc des Princes, where an absence of Bale would represent the surest indication yet of a lack of trust when it matters most. Bale could hardly have done more in Saturday’s 3-1 win over Getafe.

He opened the scoring, his eighth goal in 13 league starts this season, and would have finished with two but for a bending shot nicking the outside of the post. In the final rehearsal before PSG, he was brave, bold and industrious.

It is no coincidence that this improved performance came after Zidane deployed the Welshman in his more natural position of advanced midfield, rather than the lone striker role he was mysteriously presented with in last week’s dreary defeat to Espanyol.

Real were poor, and Bale spent much of the game with his back to goal.

The suggestion is Zidane has doubts about Bale’s defensive work against more dangerous opponents, a category that certainly includes PSG.

As the spots of Cristiano Ronaldo and the Portugese’s chief provider Karim Benzema are now assured up front, playing Bale deeper carries too high a risk.

The counter argument might go that a confident Bale, enjoying the faith of his coach and his favoured position, is one of the deadliest attackers in world, and the one Real paid a record 100 million euros to sign from Tottenham in 2013.

After leaving Bale out of last month’s league game against Leganes, Zidane offered what seemed a contradictory assessment of the player’s importance.

“Bale is an important player in this squad and he always will be,” Zidane said. “What interests me is the team and the squad, not just thinking about one player.”

Bale’s recent years at Real have certainly been interrupted by injury but on the pitch, the figures do not point to a player that has struggled to live up to expectations.

The 28-year-old has scored 62 goals in 117 La Liga appearances, which on Saturday took him past David Beckham as the division’s most capped British player.

In 21 games this season, he has registered 10 goals and three assists. Perhaps most importantly, he has played in nine consecutive Real matches for the first time since April 2015. For now, Bale is fit and on Saturday, he was in form. On Tuesday, Zidane must decide if he is ready to back him. 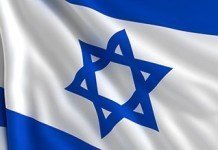 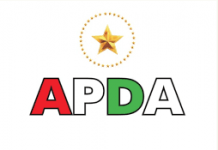