In his classic, A Testament of Hope: The Essential Writings and Speeches, Martin Luther King Jr. writes: “There comes a time when one must take a position that is neither safe, nor politic, nor popular, but he must take it because conscience tells him it is right.”

The above buttresses the points I am going to make here regarding the controversies surrounding whether or not Dr. John Kayode Fayemi, immediate past governor of Ekiti State and currently the Minister of Solid Minerals, should throw himself into the ring to vie for the governorship slot in the coming election in the state.

Each time I write, I never doubted the quality and competency of Fayemi to govern Ekiti State again and again, and that is never reflected in my arguments. And this is not any different. I write this as someone who admires Fayemi and thinks he has had a distinguished career in the Nigerian politics. He was certainly my choice in 2011. I also believe he has done an excellent job.

But I have been particularly concerned about the timing. I see Fayemi as deeply soaked in hostilities this time around and a lot of arrows darted towards him and his ambition to govern Ekiti again. And I see Fayemi as too suave and too strategic but too naïve to face the attack. I therefore strongly wish he doesn’t swim against the tide this time.

ALSO READ: I Agree With Nigerians Clamouring For Restructuring — Osinbajo

With disquieting attention, I have read a lot of pro-Fayemi declaration articles, luring him to declare and run for the election. While the intention here is not to dwell on the vituperous nature of those articles, I must confess however, that they all lack the required conviction. I find all of them to be of the cuff. Each of the articles reads like the Ahitophelian counselling. It reeks of the fabled “Erin ka re’le ko wa joba…”

Let me digress a bit here and tell the story of the biblical Ahitophel. He was a counselor of King David and a man greatly renowned for his sagacity. During Absalom’s revolt he deserted David (Psalm 41:9; 55:12–14) and supported Absalom (2 Samuel 15:12). Ahitophel had recommended to Absalom’s army an immediate attack on David’s camp at a point where David was weary and vulnerable (2 Samuel 17:1-2), whereas Hushai suggested that “the advice that Ahithophel has given is not good at this time” (2 Samuel 17:7) and recommended delay while a larger army was assembled to counter David’s alleged strength (2 Samuel 17:11-13). Perversely, “for the LORD had purposed to defeat the good advice of Ahithophel” (2 Samuel 17:14), Hushai’s advice was accepted. Seeing that his good advice against David had not been followed due to Hushai’s influence, Ahithophel then left the camp of Absalom at once. He returned to Giloh, his native place, and after arranging his worldly affairs, hanged himself, and was buried in the sepulcher of his fathers (2 Samuel 17:23).

ALSO READ:  300 Diasporan Yoruba From 89 Countries To Converge On Ekiti

You see, when a man suddenly starts bragging to his wife, trying to prove to her that he is the husband, then, something serious is amiss and his claim to that husband position has suffered some mishap. Otherwise, why should a person come out to write an article like Fayemi and the rest of us,or Who is afraid of Fayemi? Why should Fayemi’s wife be the one to be running from pillar to post, begging the people Fayemi once led to allow him to run? Why should Fayemi be giving hints upon hints of his intention to declare at an undeclared date? Why should a Fayemi (not a Dino Melaye) be uttering a statement like Ajekun Iya ni o je? These are murkier answers to our probing questions on how Fayemi intends to navigate the landmines without getting trapped.

One of them even wrote: “For the APC faithful in Ekiti state, before you work against JKF, always ask yourself these three questions: Why am l doing it? What will the result be? and Will I be fulfilled? Only when you think deeply and find satisfactory answers to these questions, go ahead.”

Fayemi and the gang think they are always right and the rest of us who oppose his ambition, this time around, are always wrong. They think they know Ekiti more than us and they know what the people want better than the rest of us. They also think the only Messiah Ekiti needs after a Fayose is a Fayemi.

Running for office for the right reasons is critical, not only to gain support but also to win.  The questions agitating the minds of some of us include, but not limited to the following: what other factor can be pushing Fayemi to run other than to finish what he called an Unfinished Business? Why can’t he pull up one of the people he had mentored and back him/her up with all the resources at his disposal? What is he finding so attractive in the state pilloried by Fayose that he is ready to spend all his life savings to want to return to the seat? How will he take a defeat at the primaries? Will he still remain a party leader? How will he take another defeat by Fayose at the election proper? What will he be doing differently should he eventually get there?

We now live in an extraordinary moment for democratic government, where confidence in the honesty of political leaders is seemingly at an all-time low. By announcing that he will declare for a second term in the coming election, Fayemi has reduced his status from that of a leader of the party in Ekiti, to that of an aspirant, like others. And he should not think he would be accorded the same respect he was being accorded years ago or would have been accorded if he had not thrown himself into the ring.

Fact of the matter is that revenge against the incumbent, because “he did something to me so I’m going to beat him” is not a good reason to begin running for office. Revenge is a horrible reason to run, no matter how bad the opponent is. Make sure there are other motivations that drive you. And this, we haven’t seen in the Fayemi renewed ambition. He should also not run because he thinks he can win, having, in his words, installed all the excos there from the ward to the state level. It is important that he should have a chance of success and carry all of us along ab initio. But having to run because he thinks he has an upper hand to force-feed everyone to win, is an invitation to failure.

Fayemi should realise that 2018 is not 2011. Then, he was a dyed-in-the-wool Tinubu protégé. Today, he has fallen out of favour with Tinubu, while Tinubu has suddenly renewed his political strength. Or can anyone tell us when Fayemi last attended any of Tinubu’s functions? During his days as a governor, Fayemi would play a key role in organising the Bola Tinubu colloquium, which friends and loyalists of the national leader of the All Progressives Congress (APC) put together annually. But not in the last two years. He has been consistently absent at every of Tinubu’s events.

Whether or not that represents a problem is a different matter. The obligations of being a Tinubu friend or loyalist are not comparable to being a governor of Ekiti State after a rough rider like Fayose in terms of the demands placed on the office holder. There is no reason to think that someone not backed by a Tinubu or any of the party leaders in the Southwest could not carry out the duties required of them. But this matters a lot in determining who flies the flag of the progressives. Be it now or in the time of Awo, it is held that if you are too big to follow, then you are too small to lead. Loyalty matters a lot.

Of course, one does not need to be a legal expert to see that a Fayemi candidacy will cause a great sore and it will attract a lot of legal maggots towards APC. So, why must we take this risky path that will greatly bruise the party and reduce its potency towards the July 15 governorship election. We will then be left with little or no room, should a speedy trial be allowed and Fayemi fails to convince the court as to why he willfully disregarded the law passed by the lawmakers during his time as a governor. I am not also sure that the angst of the people, for no apparent reason, has subsided against Fayemi.

And do we still have the same strength to cross all the legal hurdles we crossed between 2011 and 2014, at a highly prohibitive cost? Then we were the complainant, now we are likely to be the defendant. After three and a half years fighting through the legal system the appeal court sitting in Kwara state eventually on 15 October 2010 declared Fayemi the duly elected Governor of Ekiti State, marking the end of Olusegun Oni’s administration as the then Governor of the state. Has the camp of Oni forgotten this?

From the national level, is the party any ready to back us up to fight a war of blame, where we will be pelted with mudsling and our white and transparent clothes become soiled? Why should it be Ekiti again? Who is going to commit his resources this time around? Where are those strong warriors who fought side-by-side Fayemi in the trench for the three and a half years? Is the former governor and Solid Mineral’s ambition that vital to our success at the polls to want to lose another set of arms and limbs? 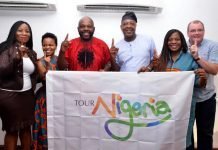 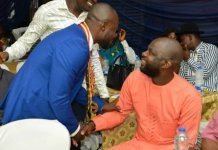