ADULT film star Stormy Daniels is suing US President Donald Trump over a “defamatory” tweet about alleged threats against her, her lawyer says.

Ms Daniels, real name Stephanie Clifford, says she was threatened by a man in a Las Vegas car park to drop her allegations of an affair with Mr Trump.

Mr Trump retweeted a sketch of the man, calling it “a total con job”.

But Ms Daniel’s lawyer tweeted that Mr Trump was “well aware of what transpired”.

“Mr Trump used his national and international audience of millions of people to make a false factual statement to denigrate and attack Ms Clifford,” the filing to a New York federal court reads.

The suit says the president’s tweet was defamatory as it accused Ms Daniels of “committing a serious crime” – namely, falsely accusing a person of threatening her.

Mr Trump retweeted the sketch of the person earlier this month, calling him “a nonexistent man”.

Ms Daniels says she and the president had an affair, starting in 2006. The president strongly denies the allegation.

She told CBS News’ 60 minutes programme that following the end of the relationship, a man approached her and her daughter in a Las Vegas car park and told her to “forget the story, leave Donald Trump alone”.

Mr Cohen has previously admitted giving Ms Daniels $130,000 out of his own pocket, but has not said why he did this.

ALSO READ:  US 2016: Trump Calls Clinton A 'Bigot’ At A Rally With UK Independence Party leader

This case was, however, halted for 90 days, when the presiding judge said Mr Cohen’s rights could be put in danger if the case continued while he was under criminal investigation.

Mr Cohen is under scrutiny as part of Special Counsel Robert Mueller’s investigation into alleged Russian interference in the 2016 US presidential election and alleged collusion with President Trump’s campaign. 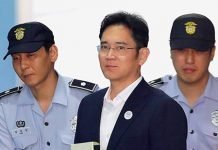 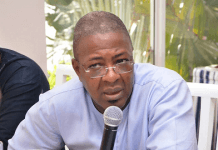