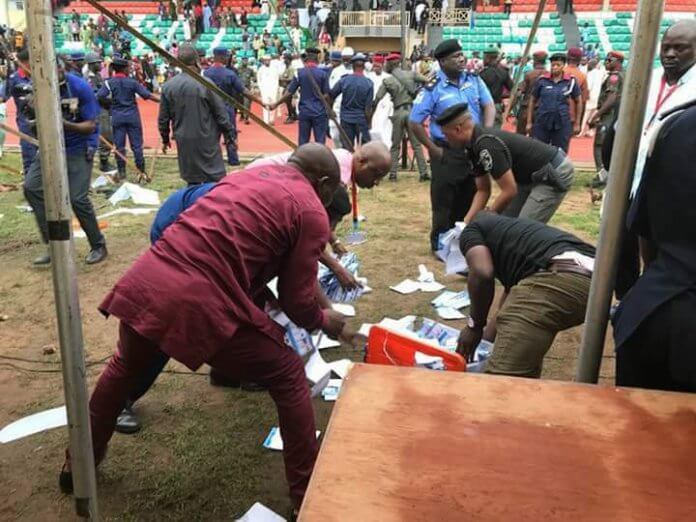 THE protests that greeted Saturday’s inconclusive governorship primary of the All Progressives (APC) in Ekiti took a new turn on Monday as the police moved in to seal off the party’s secretariat.

The News Agency of Nigeria (NAN) reports that protesters, who claimed to be sympathetic to the aspiration of the Minister of Mines and Steel Development, Dr Kayode Fayemi, had besieged the secretariat on the Ajilosun- Ikere road where they announced the removal of the state executives led by Chief Jide Awe.

The protesters also announced the immediate formation of a pro-Fayemi caretaker committee.

The protesters said they were at the Secretariat to register their disapproval over the conduct of the members of the State Working Committee.

The protesters, who brandished placards with various inscriptions, also passed a vote of no confidence on Awe and the party’s spokesman, Taiwo Olatunbosun, alleging they were supporting a particular aspirant.