THE Arsenal attacker has hit out at the treatment he received from the German football association (DFB), confirming he will no longer wear the jersey.

Mesut Ozil has confirmed that he is retiring from international football with immediate effect following the “treatment he received from the DFB.”

The Arsenal attacker claims that the way he has been treated by the German football association makes him “no longer want to wear the German national team shirt.”

Ozil announced the decision in the third part of a lengthy statement released on his Twitter account, with the first part. He explained the reason behind his controversial photograph with Turkey president Recep Erdogan and the second update criticising how the media and sponsors reacted to the incident.

FIFA Files For Compensation In US As Victim Of Corruption

Why I Prefer Married Men To Regular Boyfriends — BBNaija Tacha 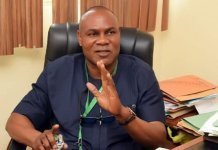