CRISTIANO Ronaldo will accept a two-year prison sentence and a fine worth €19 million (£16.9m/$22.15m) after striking a deal with Spanish authorities over tax charges.

The ex-Real Madrid striker, now at Juventus, pleaded guilty to four charges of evasion between 2011 and 2014 worth a total of €14.7m.

According to EFE, that amount has been reduced in his guilty plea to €5.7m, although taking into account fines, interests and other cost the sum ascends to €19m. 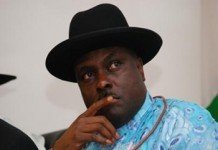