THE gubernatorial candidate of the Peoplea Democratic Party (PDP) in Oyo State, Engr Seyi Makinde has said that lack of priorities for people’s welfare is a major weakness of the current administration in the state.

The PDP candidate who was reacting to the pathetic plea of Resident doctors of the Ladoke Akintola University Teaching Hospital, Ogbomoso made the claim that the implications of starving medical doctors affects not only the doctors but more importantly, the vulnerable citizens who throng to public hospitals for treatment and care.

In a statement from his campaign office and signed by Prince Dotun Oyelade, Engr Makinde said that by owing medical doctors two years arrears and slashing their pay by half, at a time when a fresh loan of a whooping N47bn was being received, is a clear signal that priority is being given to so called ‘ juicy infrastructures’ to the detriment of sensitive sectors like health, with less than 4% allocation in the 2018 budget.

According to the release, such is the neglect of the Ladoke Akintola Teaching Hospital, it’s medical personnel and health sectors in general, that the over 200 medical doctors have been reduced to only 95 within a period of two years, with limited facilities and motivation.

Engr Makinde reminded the government that with every disillussioned medical doctor, hundreds of lives are at risk.

What a responsible government should do, he said, is to spare no efforts to ensure that the lives of the common man is not compromised and cannot be replaced with a few rehabilitated roads that profit only the privileged and the rich. 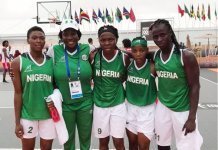