The festival which took place at the Hollywood event Center formed part of the Home coming activities which is aimed at bringing home Ndi Anambra in the festival.

Governor Obiano while inspecting the palm wine stands said the event was organised as a way to further strengthen the think home philosophy of his administration.

The Governor, represented by the Head of Service, Sir Harry Udu, stated that the state is safe for all residents, returnee and visitors who would want to enjoy the Yuletide in Anambra State.

The Commissioner Ministry of Diaspora Affairs, Indigenous Artwork, Culture and tourism, Mrs. Sally Mbanefo, in her remarks said that the festival is a youth-based festival as it is targeted at harrennesing the potentials of the youth of Anambra in the areas of artwork, drama and concert.

She thanked the governor for giving approval for such a huge event while reinstating her readiness to organise such programmes and events that will bring together Ndi Anambra in Diaspora to come and tap from the rich tourism potentials inherent in the state.

Mbanefo added that all the artworks displayed on the gallery are all gotten from Ndi Anambra, especially the youths.

Speaking during the inspection of the art exhibition, the Obi of Onitsha and Chairman, Traditional rulers council, Igwe Nnaemeka Achebe, who opened the art exhibition commended the Governor for creating such an enabling environment to showcase young talents.

The royal father stated that Anambra has many more compelling stories to tell in the area of arts, culture and tourism.

He stated that most of the problems facing the society “are as a result of the negligence of our core cultural and traditional values.”

Achebe then urged Nigerians to go back to their roots in order to fight corruption and moral decadence.

Also during the launching of the Diaspora Portal, the Commissioner said that the need for setting up a portal is to breach the gap between the government and Ndi Anambra in the diaspora.

She noted that Anambra State is the only state that has a ministry that attends to the diaspora matters in Nigeria.

“This Portal will ensure, promote and facilitate the effective participation of Ndi Anambra in the Diaspora in the economic, political and Social development of our state,” she said.

Other outstanding activities were the launching of palm wine festival which was done in collaboration with the United Nations, and in line with the Sustainable Development Goal (SDG) No 17, to strategically position the state with the global communities for its development plans of job creation and social inclusion. There was a one-hour performance of “Things Fall Apart” by the youths of Anambra State.

Market Capitalisation Down By N91bn 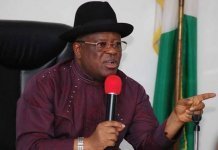