The 24-year-old Portuguese international makes a permanent move to Goodison Park after a loan spell there last season.

“I know the club made a massive effort to sign me and I’m very happy and thankful to them,” Gomes told Everton tv.

“I said during the year that I felt part of a family and that is the most important thing to me.

“Last year was a really good experience for me. I just wanted to feel part of something special and I found it here. It was good for me in that moment and right now, after signing for Everton, it’s even better.”

He moved to the Nou Camp from Valencia in the summer of 2016 and made 72 appearances. 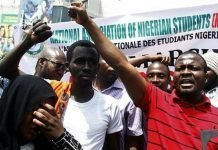