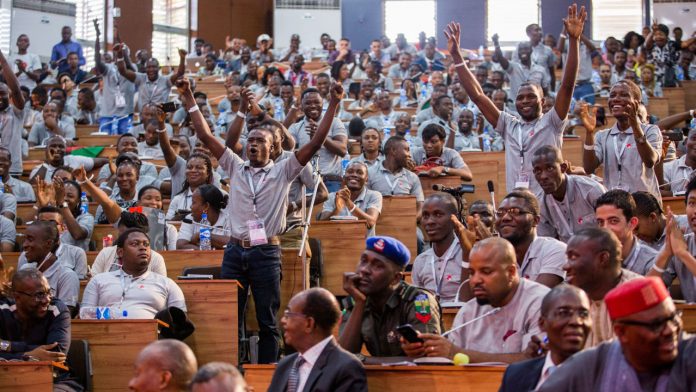 The United States Consulate-General, Lagos, has announced a partnership with the Tony Elumelu Foundation (TEF) for the training of entrepreneurs from southern Nigeria under the 2019 Tony Elumelu Entrepreneurship Programme (TEEP).

The consulate is backing the programme with a public diplomacy grant of $105,000 announced during a press conference addressed by the Consul-General, Claire Pierangelo, and Chief Executive Officer of TEF, Ifeyinwa Ugochukwu, yesterday.

Speaking at the event, Pierangelo said the partnership with TEF defined mutual commitment to promote entrepreneurship as the key driver of job growth, economic prosperity and political stability in Nigeria.

“Under the partnership, we selected 20 U.S. Consulate/TEF Fellows to receive additional entrepreneurship training through a day-long programme at the U.S. Consulate-General that utilises some of the resources of the Young African Leaders Initiative (YALI), including alumni of the Mandela Washington Fellowship.

“The 20 fellows were selected from the Consular District on five key sectors: energy, technology, transportation, agriculture and health,” Pierangelo said.
According to her, the programme intends to give the fellows insight into innovative U.S. business models that will help them manage their businesses, market their products/services, seek capital and develop partnerships.

She explained that one of U.S. mission’s primary goals was to support Nigeria’s economic development, thus her interest in entrepreneurship, which plays a key role in economic growth.

Her words, “That is why the U.S. Department of State supports entrepreneurs all over the world by working with host nations’ governments and non-governmental organisations such as the TEF.“Our partnership with the foundation promotes our ongoing efforts to advance entrepreneurship in Nigeria. It is yet another example of our long-standing commitment to support Nigeria as it strives to diversify its economy.”