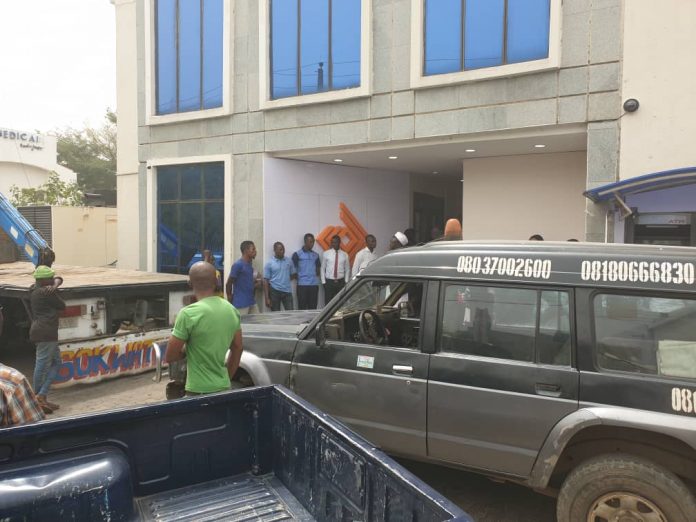 Men of the Nigerian Police Force disrupted banking activities for hours on Thursday (February 27, 2020) in some beaches of Access Bank Plc in Abuja.

The policemen were at the Garki Head Office and Wuse 2 Regional Office of Access Bank to enforce N1.05 billion judgement debt.

The Supreme Court had in March 2019, ordered Imo State government to pay the sum to EF Network Nigeria Limited and Gideon Egbuchulam.

The debt was said to have accrued from defaulted contract payment with the Imo State Government.

In the judgment, the Supreme Court was said to have also ordered Access Bank to withdraw the sum from the account of Imo State and pay to the plaintiffs.

Egbuchulam said the bank allegedly withdrew the sum and withheld it since May 2019, against the judgement of the Supreme Court.

None of the bank’s officials was willing to speak when asked for their reactions and what steps they plan to take.