The All Progressives Congress (APC) Forum of State Chairmen on Monday threw their weight behind Comrade Adams Oshiomole, the National Chairman of the ruling party and unanimously passed a vote of confidence on his leadership.

The executive committee of the forum in a statement signed by its Chairman, Hon. Ali Bukar Dolari, Borno State APC Chairman and the Secretary, Dr Ben Nwoye, Chairman APC Enugu State in Abuja on Monday endorsed the leadership of Oshiomhole and called all detractors to order not to overheata the polity.

The statement tagged, “Vote of Confidence on His Excellency, Comrade Adams Aliu Oshiomhole, National Chairman, All Progressives Congress”, the forum said their decision was to defend the sanctity of the constitution of the party and uphold its supremacy.

The statement reads, “We the Executive Members of the Forum of State Chairmen of All Progressives Congress, APC met on 9th March 2020 in Abuja and resolved that the Forum will stand firmly behind the National Chairman of our great party, Comrade Adams Aliu Oshiomhole, and to defend the sanctity of the constitution of our great party with regards to upholding its supremacy”.

Justifying their endorsement, the forum noted that, “Comrade Adams Aliu Oshiomhole has positioned and fortified the party to the admiration of all to stand for and win elections in majority of the States in Nigeria as witnessed in the 2019 elections.

“It is on record that the party under the leadership of Comrade Adams Aliu Oshiomhole won more elections in the country as exemplified in the 2019 general elections.

“Comrade Adams Aliu Oshiomhole has endeared majority and well-meaning Nigerians to the All Progressives Congress, APC in all parts of the country because of his leadership prowess.

“In the 2019 elections unlike 2015 elections, President Muhammadu Buhari had 25 per cent in the majority of states of the Federation including the Federal Capital Territory.

“We, therefore, pass a vote of confidence on the National leadership of the party under Comrade Adams Aliu Oshiomhole for his quality, purposeful and directional leadership.

“We vow to stand with our National Chairman, Comrade Adams Aliu Oshiomhole and to defend the constitution of our great party at all times and in all places”.

The forum observed that the litigations before the two Federal High Courts are political and advised all concerned to seek political solutions. They also urged all parties to leverage on Chief Bisi Akande National Reconciliation Committee to resolve their differences.

The State Chairmen maintained that being members of NEC and critical stakeholders of the party, “we dissociate ourselves from the ongoing brigandage intended to disorganize the peace we have been enjoying in the party. These acts if successful would only weaken the political strength of our great party”. 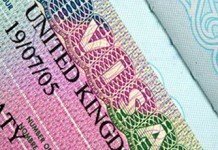