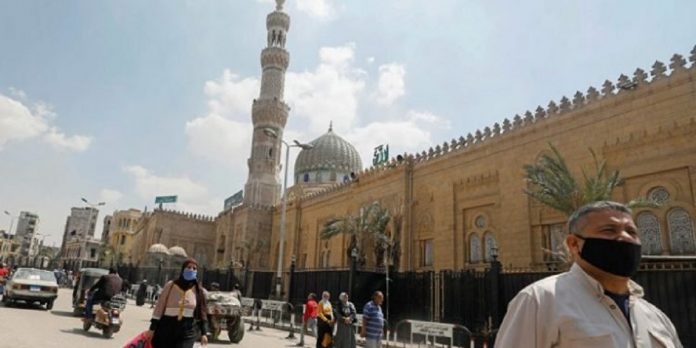 Mosques reopened on Saturday in Egypt after a three-month shutdown as the country relaxed restrictions imposed to contain an outbreak of the Novel Coronavirus.

The government has allowed daily prayers again in mosques amid health precautions, but has kept suspended the larger Friday prayers for Muslims and Sunday church services for the country’s Christian minority.

Egyptian media on Saturday showed images of Muslim worshippers inside local mosques, using personal prayer rugs and observing distancing as part of government-imposed measures to curb the spread of the virus.

According to reopening regulations, mosques have to open their doors 10 minutes before each of the five obligatory daily Islamic prayers and close, at most, 30 minutes after the prayer ends in order to allow time for disinfection of the sites.

The Awqaf Ministry, which is in charge of mosques in Egypt, has said that religious lessons in mosques are halted as a health precaution.

The Coptic Church said yesterday that it decided to postpone for two weeks the reopening of churches in Cairo and Alexandria – Egypt’s second-biggest city – due to high virus infections.

“At the time, the situation will be reviewed,” a church spokesperson said in an online statement.

Copts make up the majority of Egypt’s Christians.

In recent weeks, Egypt, the Arab world’s most populous country, with nearly 100 million people, has seen a surge in virus cases.

The government has also allowed the partial reopening of businesses in an attempt to mitigate the economic impact of the virus.

ALSO READ:  5 Technologies Will Define Our Lives In The Future
Advertisement
Loading...