NIKE, the world’s biggest sportswear firm, is launching a new version of its Nike+ running app that offers users preferential access to the hottest new sneakers, raising its game as competition heats up in the fitness tracking business.

Nike made the announcement at a glitzy event in New York at which it also launched a series of new products including self-lacing shoes, transparent air-filled soles and soccer cleats made from a polymer that prevents mud from sticking to the sole.

Nike was a pioneer in fitness tracking, teaming up with Apple Inc on Nike+ running programs for the iPod and iPhone.

Nike itself created the new version of the app, in a field that is now crowded, with rivals Adidas AG and Under Armour Inc both buying running apps last year.

Nike Chief Executive Mark Parker said the new version of the app – set to be launched in the U.S. market in June and later elsewhere – would offer a more tailored service, including personalized product recommendations and customized training tips.

“Athletes want more than a dashboard and data – they want a more personal relationship,” he said.

Nike+ users also will have exclusive access to new products such as HyperAdapt 1.0, a shoe with an in-sole motor that can tighten and loosen laces to respond to an athlete’s motion.

Ahead of the Rio Olympics and the European soccer championships, Nike debuted sportswear made from lighter-weight and faster-drying fabric, while U.S. 200 meters gold medalist Allyson Felix modeled “AeroBlades,” tiny plastic points on socks and sleeves that are designed to reduce drag for runners. 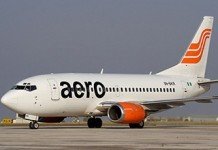 Yen Sinks On Report Of Bank Of Japan Stimulus Expansion

More Difficulties For Households, Savers As Inflation Hits 15.6% In May