THE Federal Government has listed six strategic intervention areas to be covered by the 2016 budget signed into law by President Muhammadu Buhari on Friday.

Under Governance, Transparency and Security, the Federal Government intends to put in place what it called appropriate forex regime that would lead to a stable and predictable forex exchange rate.

The government also targets 25 per cent reduction in the cost of procurement by the Bureau of Public Procurement.

Under Diversification through industrialisation, the government plans to utilise 5,000 hectares of irrigable land in 12 River Basin Development Authorities and also utilise 22 dams for commercial farming.

On critical infrastructure, the government plans to privatise the National Integrated Power Projects across the country and optimise the 7,000MW installed capacity by completing ongoing infrastructural projects in generation, transmission and gas as well as ensuring that tariff reflects all costs.

The tweets also said that plans were also under way to concession the Second Niger Bridge.

The government would also construct 3,552 mixed housing units as pilot schemes in each of the 36 states and Abuja under the National Housing Project, the tweets said.

This would be done by establishing a presidential council on Ease of Doing Business in H1 2016.

The government also plans to fast-track visa application and issuance process including visa-on-arrival for business visitors as well as reduce port clearing time for goods to 72hours.

Under social investment, the government plans to cater for 5.5m children per annum under the School Feeding Programme in collaboration with the 36 states and Federal Capital Territory, among others. 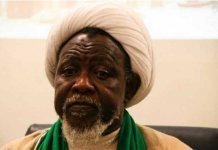 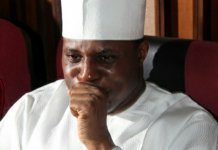 FG To Report Judge To NJC For Granting Sowore Bail