THE Minister of Education, Mallam Adamu Adamu, has said the Federal Government is working towards establishing six new universities of science and technology to expand access to tertiary education.

The Education Minister disclosed this at a News Agency of Nigeria (NAN) Forum, on Tuesday, in Abuja.

He said the future of the world depended on science and technology.

“This government has already decided to even add more; it is going to establish six new universities of science and technology.

“And at the lower level, there will be a technical school in each state of the federation and then vocational centres at the wards and local government levels.

“You know, we have a problem of access; if you look at it last year, one million people sat for the universities, but only 150,000 were taken.

“So, we still need to build more universities to create more space for those who want to get in.

“And then the fact that the six new universities are being created for science and technology underscores the decision by the government to put more emphasis on science.’’

According to him, the move is in tandem with the campaign promises of the All Progressives Congress (APC)-led Federal Government.

He further said the new universities would be located in the six geopolitical zones.

According to NAN forum on Tuesday in Abuja, the review, the Education minister said, had become necessary in order to achieve gender equity and parity in education.

“Attaining gender equity and then gender equality is a goal for this government.

“And what we are doing now; the Act of the Universal Basic Education is being looked into, with a view to amending it so that it will achieve gender parity, gender equity in the shortest possible time,” he added.

The minister further said that the number of out-of-school children in Nigeria was close to 11 million, if the children of Internally Displaced Persons (IDPs) were taken into account.

He said the Federal Government came up with idea of the school meal programme in order to attract and retain children in the schools.

According to him, ‘‘the government is considering making a law so that any person who stops his child from school can be prosecuted.”

Also, the Federal Government will harmonise tuition fees in all federal universities to stop arbitrary charge of fees by some university authorities.

Mallam Adamu also made this known on Tuesday, said “since the protests started, we have summoned the authorities of the universities and sat down with them and we are going to harmonise everything. 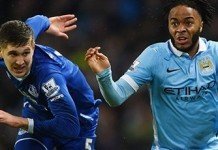