THE Federal Government is considering the relocation of some of its agencies that are occupying rented properties into some buildings seized treasury looters.

The move is part of efforts aimed at reducing the high expenditure on rent and office buildings by agencies of government.

The Minister of Finance, Mrs. Kemi Adeosun, disclosed this while speaking at the opening session of a meeting with members of the National Steering Committee of the Efficiency Unit.

The Federal Government had last Saturday released details of loot recovered between May 29, 2015 and May 25, 2016 with the document containing a total of 182 completed buildings and one uncompleted building.

A breakdown of the buildings showed that 33 buildings were recovered by the Independent Corrupt Practices and Other Related Offenses Commission, 146 by the Economic and Financial Crimes Commission and four by the Office of the National Security Adviser.

The minister while lamenting the huge cost being incurred by government on residential and office buildings said for instance that between 2012 and 2014, an average yearly sum of N3.55bn was spent on rent by the government.

The Efficiency Unit was set up by Adeosun last year to reduce the level of recurrent expenditure which according to the 2016 budget had an outlay of N2.65tn

The unit headed by Mrs. Patience Oniha was set up to engender transparency and reduce government’s large expenditure through efficiency in procurement in the various ministries, departments and agencies of the Federal Government.

“The issuance of price guidelines and initiatives for reducing expenditure on rent on office and residential buildings will be the primary focus in the coming months.

“And to achieve that, we are already looking at using properties that were forfeited from recoveries and moving some of our agencies to occupy those properties rather than paying rent.” 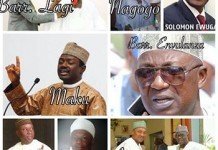 It’s Time For Nassarawa North To Bid The Zoning Pie 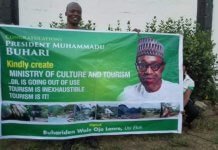