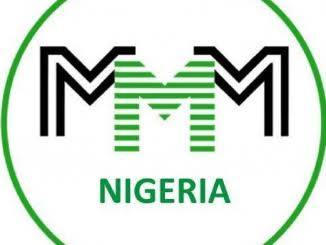 THE most popular Ponzi scheme in Nigeria, MMM Nigeria, has released new guidelines for participants in 2017, while reiterating its decision to unfreeze the accounts of its participants.

According to the release by the scheme management, MMM programmers are working earnestly with a new model which will be announced and implemented at a later date, “To keep the Get Help (GH) and Provide Help (PH) balanced, no matter whether people join us or not.. and it will be sustainable.”

The release added that participants would be notified when this new model would be implemented, while informing participants to continue to PH and keep their downlines updated.

“About the growth of Bonuses… We have to see towards it… half of guiders supporters said it should keep growing. Guiders misbehaving will be dealt with. And the only way to get them is by getting evidence.

“Unfreezing of Mavro will be probably 14th of January or might be sooner.

“Change of guiders button will be done this week or any time soon. Phone number verification would be implemented soon… via sms notification.

“False news around… We should demonstrate to others that our community is working and not give heed or ear to what people say about the system…. It solely depends on us, the leaders.

“We can also talk to people to PH and let them know that their mavro will keep growing.”

Meanwhile, the popular Ponzi scheme has set a new date for the relaunch of the scheme.

According to its official Twitter handle, @MMMNigeriaHelp, participants’ accounts would be unfrozen on January 14, 2017.

In preparation for the unfreezing of participants accounts, the scheme has added a new tool to its website, “Promo Tasks”, which is meant for participants to promote the scheme and drive “traffic and participation” by the time the management lifts the freeze on January 14, 2017.

The tasks, according to the management of the scheme, would be done both online and offline, is expected.