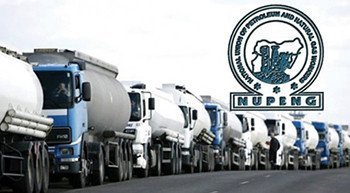 THE Nigeria Union of Natural Gas Workers has called off the three days warning strike it commenced on Tuesday to protest anti-labour practices in the oil and gas sector.

Also the Petroleum and Natural Gas Senior Staff Association of Nigeria also dropped its planned industrial action over similar complaints in the sector. The association had issued a two-week ultimatum to the government on the issues.

The two major unions in the nation’s oil gas sector took the decision to shelve the planned industrial action after a five-hour meeting with a Federal Government’s delegation led by the Minister of Labour and Employment, Dr. Chris Ngige, and representatives of multinational oil companies in Abuja on Wednesday.

The National Executive Committee of NUPENG had embarked on a three-day industrial action to protest the sacking of over 4000 oil workers without benefits by oil firms on Tuesday.

Woman Killed By Lover After Discovering Condoms In Her Bag