Trump spent much of his speech, which he gave in front of a memorial wall that honors the 117 CIA officers who have fallen in the line of duty, focusing on the size of the crowd size at his inauguration, his appearance on magazine covers and saying he “has a running war with the media.”

“Former CIA Director Brennan is deeply saddened and angered at Donald Trump’s despicable display of self-aggrandizement in front of CIA’s Memorial Wall of Agency heroes,” Nick Shapiro said in a statement. “Brennan says that Trump should be ashamed of himself.”

Trump’s visit, his first official one since becoming President, was seen as part of a bid to mend fences after he strained relations with intelligence officials by repeatedly casting doubt on their assessment that Russia had carried out cyberattacks during the campaign. He also suggested that the intelligence community was leaking information about the investigation to the press, taking to Twitter to slam Brennan, a 25-year veteran of the agency.

The President sought to send a message of support to the intelligence community following the turbulent transition, telling the 300 employees in attendance, “I am so behind you.”

“I am with you 1,000%,” Trump said after receiving intelligence briefings from top agency officials.

“There is nobody that feels stronger about the intelligence community and the CIA than Donald Trump,” he said to applause, adding at the end of his remarks, “I love you. I respect you. We’re going to start winning again, and you’re going to be leading the charge.”

Trump blamed the “dishonest” media for the perceived rift with the intelligence community.

Many observers had commented on the unmatched level of skepticism Trump had directed at the US intelligence apparatus, and other speakers Saturday addressed the relationship between presidents and the intelligence community.

“CIA’s relationship with the president has been essential to our nation’s strength and security,” acting director Meroe Park said prior to introducing Trump and Vice President Mike Pence.

“I can assure you this new President and our entire team recognizes and appreciates the sacrifices of all of the men and women of the intelligence community of the United States of America,” Pence told the assembled group.

Trump echoed Pence’s praise but drew the ire of Brennan as well as Democrats for using the platform to address political issues entirely unrelated to the CIA.

The backlash from a agency veteran like Brennan could undermine Trump’s latest push to foster a strong relationship between the White House and the intelligence community.\

The President did take a moment to acknowledge the memorial behind him, saying, “The wall behind me is very, very special.”

Trump also spoke about his desire to “eradicate racial Islamic terrorism … off the face of the earth. This is evil.”

And he said about Iraq, “We should have kept the oil. Maybe we’ll have another chance.”

But Trump’s off-the-cuff remarks veered into political territory at times, something not typically seen in addresses to intelligence professionals who pride themselves on being non-partisan and which drew a quick attack from Democrats.

The CIA audience was separated into two sections: a main area of all agency staff and a separate section directly in front of the stage that consisted of senior agency leadership, including agents. During Trump’s address, the senior leadership stood the entire time. When Trump began drifting into political topics, the main crowd broke into cheers and applause at points. The senior leadership remained stoic, and did not applaud the political lines.

The president also repeatedly slammed the media, saying, “I have a running war with the media” and accusing news organizations of misrepresenting the size of the crowds at his inauguration speech on Friday.

He talked about the number of times he has been on the cover of Time magazine.

The ranking Democrat on the House Intelligence Committee issued a statement shortly after Trump’s visit ripping the new president.

“While standing in front of the stars representing CIA personnel who lost their lives in the service of their country — hallowed ground — Trump gave little more than a perfunctory acknowledgment of their service and sacrifice,” Rep. Adam Schiff said, adding that Trump “meandered through a variety of other topics unrelated to intelligence.”

“He will need to do more than use the agency memorial as a backdrop if he wants to earn the respect of the men and women who provide the best intelligence in the world,” Schiff added.

The visit comes amid questions regarding the status of Trump’s choice to run the agency, Rep. Mike Pompeo.

The CIA, currently being led by Park, is lacking a permanent chief as the Senate has delayed Pompeo’s confirmation vote until Monday, with Democrats citing concerns about his positions on surveillance and other issues.

Pompeo, who was at the CIA with Trump, has encountered some controversy after he submitted responses to a Senate questionnaire where he said he would consider bringing back waterboarding and other enhanced interrogation measures under certain circumstances.

Republicans have slammed the delay, with Sen. Tom Cotton of Arkansas issuing a statement, saying, “The Democrats are obstructing the nomination of Mike Pompeo as CIA director for no good reason.”

“I hope the jihadists take the weekend off from trying to kill Americans,” Cotton added.

Exposed! Why Big Brother Naija House Is In South Africa

Google’s Android Is Sharing More Data Than We Thought — Study 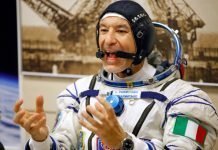 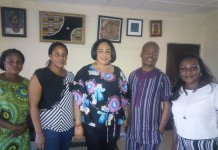