A judge of the Federal High Court in Lagos has ordered permanent forfeiture of the sum of $153million allegedly diverted by former Minister of Petroleum, Diezani Alison-Madueke, during the President Goodluck Jonathan led-administration.

The judge, Justice Muslim Hassan, gave this ordered during a case filed by Economic and Financial Crimes Commission for Diezani to forfeit the said diverted amount from the coffers of the Nigerian National‎ Petroleum Corporation (NNPC) by her.

Justice Hassan on January 6, 2017 had earlier ordered an interim forfeiture of the monies.

However in today’s Thursday 15th February 2017 hearing he gave final verdict that she should forfeit the money to Federal Government of Nigeria. Saying he had satisfied with the argument by the Economic and Financial Crimes Commission (EFCC) that the funds were proceeds of illegal activity and gave a “final forfeiture order” on the funds. 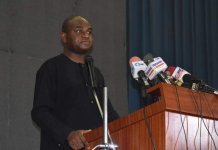 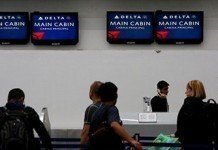