A renegade elephant reportedly killed its owner and destroyed six houses after tourists asked it to be released from its chains for a photo.

The animal, named Atork, was later shot dead by officials, after failed attempts to keep it away from a village in the Cambodian jungle.

Authorities had planned to tranquillize and capture Atork, but his aggression and the slow response of wildlife officials meant he was killed.

The incident began on Thursday, when the elephant’s owner, Choeung Team, 47, released him from his shackles at the request of a tourist group he was guiding in Sen Monorom, in the eastern Mondulkiri province. 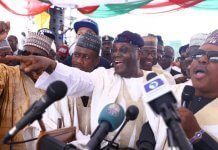