THE Managing Director of Access Bank, Herbert Wigwe, On Thursday said that banks planned to establish a central data base to curb electronic frauds.

Wigwe disclosed this while briefing the press on discussions at the 32nd Bankers’ Committee Meeting in Lagos.

He said that the data base would be used to capture persons within the banking system to check activities of fraudsters.

Wigwe said that the of level of frauds, particularly through Short Message Services (SMS), would be reduced as fraudsters would be dealt with and taken out of the banking system.

Mr Charles Kie, the Managing Director of Ecobank, said that banks were committed to seeing that the country could come out of recession soon.

Lie said that banks had been working towards this by creating special windows that allowed the growth of SMEs and agriculture sectors.

Earlier, Mr Ahmed Abdulahi, the Director of Supervision Department in Central Bank of Nigeria (CBN), said that apex bank would not relent in ensuring that the country would be out of recession by the second quarter of this year.

Abdulahi said that the bank had created different windows where foreign and local investors and exporters, among others, could have more access to foreign exchange.

He also said that the apex bank had created a special window that allowed foreign investors to come into the country to trade in foreign currencies.

According to him, the development will further boost the confidence in the nation and encourage more inflow of foreign exchange.

Third Force: No One Can Intimidate Me, I’ve Been Jailed Without... 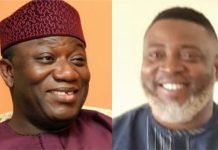 Every State In Nigeria Is Safe —FG 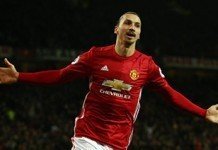