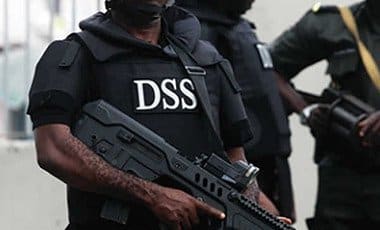 THERE was palpable tension in some major cities in the North and the South-East on Saturday, as many worship centres embarked on pre-emptive security measures ahead of today’s service.

The panic measures followed the fear of possible backlash of the insistence of the Arewa youths on their three months ultimatum for Igbo to relocate from the 19 states in the North.

Some leading figures and groups from both the North and the South-East have refused to shift ground on the quit notice that has polarised the country.

A visit to some of churches and mosques, across some strategic locations in Kano, on Saturday, indicated that inner house security outfits such as the Boys Brigade stayed at strategic locations at the church premises frisking people with metal detectors.

Apart from that, the security at the gate leading to the churches disallowed women, especially, into the worship centres.

It was also discovered that most churches that could afford payment of private security outfits engaged their services both during the day and night.

The churches have also instructed worshipers not to bring their cars and motorcycles into the premises, but to park them far away from church premises.

Most of worshipers were not allowed to bring anything into mosque premises besides their mats.

It was also a common phenomenon that during the popular Friday Jumat prayers, heavy security was provided by the police, soldiers and other government security outfits both within and outside the house of worship.

The state image-maker of the Police, DSP Musa Magaji Majia, said the command was deploying its personnel to the churches on Sunday and on Friday to complement the effort of the worship centres.

ALSO READ:  Naira Will Become A Powerful Currency In The World Again --Adeboye

He added that such recognised outfits, when they discovered any lapses or very sensitive occurrence, they could not handle, they promptly reported such to them and a quick action and follow-up, always taken to arrest whatever ugly situation that might have reared its head.

According to our correspondent, the Christians Association of Nigeria (CAN) and the Pentecostal Fellowship of Nigeria (PFN) in the South-East are not taking the quit notice issued by the Northern Youths to Igbo in the North lightly, as they have beefed up security in churches in the zone.

Reacting to the relocation order, the national vice president, South-East zone of PFN, Reverend Professor Paul Emeka said a meeting of all the members of the Christian body has been scheduled for Tuesday next week with a view to coming out with a communique on the matter.

The General Superintendent (GS) of the Assemblies of God, who spoke through his Principal Assistant, Rev, Richard Akwah, said the meeting where security issue as it affects the church would be extensively discussed would to hold in Enugu.

Also reacting, the Secretary of CAN, Enugu and 17 Southern States Chapters, Reverend (Dr) Joseph Ajujungwa, said, “We CAN) are calling on the church to watch and pray so that the enemy will not take us by surprise,” stressing that they were not worried by the action of the Arewa youths.

“The Church in the South-East zone, however, is not sleeping over the threat by the Northern youths. The quit order to Ndigbo is not the first time. Remember what happened in 1967 and how such inflammatory comment led to massacre of Igbo living in the North and that eventually led to Civil War. We have beefed up security in churches and we are in contact with the national body of CAN,” he added.

Also, churches under Christians bodies such as the Christian Association of Nigeria ( CAN) and the Pentecostal Fellowship of Nigeria (PFN) in the South-East are not taking the quit notice lightly, as they have taken preventive security measures in churches in the zone. 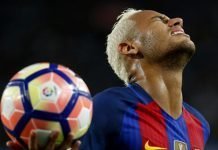 Neymar: Why He Wants Barcelona Exit