FORMER President Olusegun Obasanjo has revealed that the former maximum ruler and Head of State, late General Sanni Abacha wanted him dead at all cost before he was divinely rescued because he was assumed too vocal.

Obasanjo, made the revelation while reeling out his testimonies at a dinner programme organised by Christ the Redeemer’s Friends International (CRFI), an interdenominational ministry under the Redeemed Christian Church of God (RCCG), Lagos Province 39 chapter in Victoria Island, Lagos monitored online, late Saturday, in Warri.

The elder statesman said: “Abacha detained and decided that my life would be terminated. It was his decision and others that were with him. It was because I was vocal about who should be in government or not.

“I was in Kaduna to honour an invitation by Arewa Forum and Abacha requested the speech I wanted to deliver there.

“I didn’t give him and I left for Kaduna. In Kaduna, I made a statement he didn’t like so he decided to eliminate me.

“But in his plans, which he meticulously did, he left God out of it and it eventually failed.

“Abacha claimed that I was planning a coup. Shehu Yar’Adua was first arrested. When I asked Abacha why he arrested him, he claimed he didn’t know about it.

“I told him on phone to tell that to the marines. So childish an answer, to me,” the octogenarian narrated.

Obasanjo said he got a wind of his planned arrest at the peak of Abacha’s drunkenness with power while at a meeting of UNDP holding in an African country.

He added that even though he was offered an asylum by the American ambassador in the US to escape arrest, he rejected the offer because he knew he hadn’t offended anybody.

The former president claimed that his bosom friend and colleague in the army, late Shehu Yar’Adua, the undeclared winner of the June 12, 1993 presidential election, late Chief MKO Abiola and himself had been earlier penciled in by Abacha for extermination.

According to him, unfortunately, Yar’Adua, his friend was not that lucky as he was injected with a virus poison while in Port Harcourt prison.

“Two people had earlier told me Abacha promised that three of us would not come out of prison or detention alive; myself, Shehu Yar Adua and MKO Abiola. And two of them did not come out alive.

“So, that I came out alive, maybe God has a purpose. And therefore if the purpose is for me to serve the people and by so doing, serve God, then so be it.

“Abacha claimed that I was plotting a coup. I wasn’t the first to be arrested. When Shehu (Yar’Adua) was arrested, I tried to plead for his release.

“When Abacha said he didn’t know about Shehu’s arrest, I said to him, ‘the number two man in this country cannot be arrested without you knowing.’ He then said he would go and find out,” Obasanjo added.

Obasanjo disclosed that but for God who sent a Baptist doctor to save him, he would have died of the same virus poison at Jos and Yola prisons where he was kept, noting that the totality of his life is a testimony.

“In Jos prison, before I was transferred to Yola prison, they had decided that Shehu Yar’Adua and myself should be poisoned. So, they took him from Port Harcourt prison to Abakaliki.

“In the process, he was injected with the virus that killed him. The same was supposed to be done to me. The man who came took me from the prison to a guest house in the GRA in Jos, and said, ‘We know you have problem with cholesterol so I have to take your blood for a test.’

“Then I said, ‘Not on your life, I don’t have any problem of cholesterol.’

“I was slightly diabetic. But God had taken care of it because I was checking my blood sugar almost on a daily basis and it had become better than normal.

“So, I refused him (the man) touching me with anything. So, they took me to Yola and he said, ‘when you get to where you are going, we will come again.’”

“The doctor was a professional man in charge of the General Hospital in Yola. He listened to my case that I needed special food because I was diabetic. He said the specialist would come to see me.

“The specialist turned out to be somebody from Oke Ogun in Oyo State. Two, he was a Baptist, and three, he had heard about me and knew me. So, he looked at me and said, ‘Don’t let anybody touch you with anything.’

“Within three weeks, the man that came to me earlier returned again and said he wanted to take my blood. I said, ‘No, you have to get my doctor to come and take my blood for you.’

“That was the arrangement between me and the doctor. And my doctor came and he brought a syringe and he took my blood and gave it to him. He now asked the man, ‘When would we have the result?’ The man said, ‘within 24 hours of my getting to Abuja.’ I haven’t heard the result till today, ” Obasanjo narrated.

Describing himself as a sinner who is enjoying God’s grace, the elder statesman said God had never disappointed nor let him down.

However, earlier in the event, Pastor J.T. Kalejaiye had delivered a message entitled: “Beyond the Visible,” during which he underscored the vanity and futility of wealth, power and influence without the God factor.

He described life as a loan from God and not a gift as often misconstrued by many who use it as an excuse to detach themselves from the governance of God.

According to the cleric, who stood in for the General Overseer and RCCG, worldwide, Pastor Enoch Adeboye, any soul not surrendered to Jesus Christ, no matter his or her generosity to the world, cannot make heaven.

Dignitaries at the event, most of whom surrendered their lives to Jesus Christ, included Elder Felix Ohiwhere, former Minister of Power, Engr Barth Nnaji and Alli Baba, who was the MC, among others. 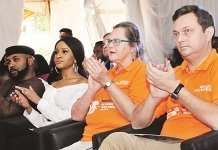 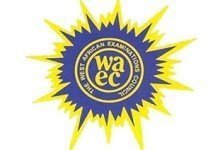 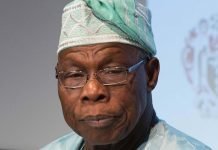