THE House of Representatives has decried Ministries Departments and Agencies’ (MDAs’) duplication of projects funded by international donors in their budgetary proposals.

Ibrahim, therefore, urged the executive to identify projects being funded by international donors but were re-presented by MDAs in their budget proposals.

“I am aware that as a house, we have been facing a lot of challenges when it comes to the issue of identifying international donor funds and provisions that are usually made in the budget.

“We discovered that sometimes there are duplications where a budgetary provision is made by a particular MDA and for particular activities; that is equally responded to through international donor funds.

“So in all the areas, we should emphasise on drawing a line between the international donor funds and budgetary provisions.

“It is very important for the executive’s arm of government to identify the expected international donor funds inflow into the country, so that they will capture it for their budget.

He said international donor funds should be accounted for while Civil Society Organisations (CSOs) should determine the impact of appropriation on the economy and monitor releases.

According to him, in the course of the committee’s oversight function, it discovered that the release of some funds was discretionally done on the basis of interest.

“We discovered that certain MDAs receive 80 per cent releases, some 30 per cent, others 50 per cent.

The Chairman House Committee on Appropriation, Mustapha Dawaki, called on the executive to always carry the National Assembly along in its policy making to ensure proper implementation.

Dawaki said that it was important for both arms to collaborate if frameworks that should help bring about development in the country were to be developed and implemented.

He said that the current economic crisis was not peculiar to Nigeria as the world’s economy was also in recession.

He, however, urged Nigerians to take advantage of the abundant opportunities in the agriculture sector to uplift their living standard and strengthen the economy.

The retreat was organised for House of Representative Members with a task to brainstorm on ways of mobilising local funds to finance key sectors of the economy. 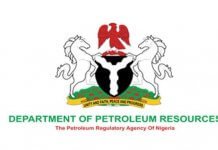 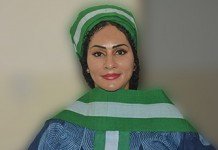