THE Peoples Democratic Party (PDP) has charged the Minister of Agriculture, Chief Audu Ogbeh, to immediately toe the path of honour and resign for portraying Nigeria as a lying nation and bringing her to international opprobrium by deliberately falsifying claims relating to Nigeria’s relationship with Thailand.

The party said the whole world was shocked when the ambassador of Thailand  to Nigeria, Wattana Kuwongse, publicly denied ever informing Chief Ogbeh that major rice mills were shutting down in Thailand as a result of drop in importation of rice by Nigeria as claimed by the minister.

PDP National Publicity Secretary, Kola Ologbondiyan, in a statement on Friday, said the development has further dragged down the image of the nation which the APC-led administration has wrecked in the last three years.

The party said the minister had neither clarified his claims nor offered any explanation for the heavy embarrassment he has caused the nation adding that such has placed a heavy moral burden on him and the Federal Government.

The PDP also wondered why President Muhammadu Buhari, as Africa Union Anti-Corruption Champion, has not taken any action to redeem the image of the nation, after the ugly development.

The statement reads further: “It is clear that the intention of the APC-led Federal Government was to use the Minister of Agriculture to mislead Nigerians into believing that the Buhari-led administration has achieved national self-sufficiency in food production; a stunt which fell flat on its face and brought the nation into international ridicule.

“Nigerians will recall that the same minister, last year, programmed the exporting of rotten yams and brought the country into international disrepute, all in the  desperate bid of APC interests to score cheap political points and push their ill-lucked 2019 re-election bid.

“Earlier this week, President Buhari’s handlers made the nation a laughing stock in the international arena when they railroaded the President into offering to help Ghana in the fight against corruption, when back at home, the APC controlled Federal government is an ocean of corruption and false claims.

“This is a government where officials deliberately issue false security assurances, particularly in the northeast region, making the people vulnerable to attacks.

“Nigerians have not forgotten how this government lied that it had recovered the abducted Dapchi girls only the report to turn false and frustrated prompt effort that would have led to the recovery of our daughters.

“Nigerians have seen that the hallmark of the APC-led Federal Government is falsehood, deception and lies but they are shocked that Government officials could invent and peddle bare-faced lies in the international arena.

The PDP therefore charge the Minister of Agriculture to toe the path of honour and immediately resign and tender and unreserved apology to Nigerians, adding that our nation cannot continue to run on a government where officials function as peddlers of falsehood and lies.

ALSO READ:  I Won't Give Up My Agitation On Restoration Of Biafra Republic —Nnamdi Kanu
Advertisement
Loading... 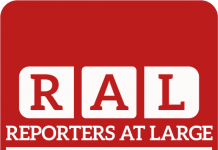