HON. Segun Dokun Odebunmi, Chairman National Assembly Committee on Information Ethics and National Orientiation, has decscribed the process of election into Local Government and Local Council Development Authority in Oyo State as a fair and credible one

Odebunmi a Federal Lawmaker, representing Surulere/Ogo Oluwa Federal Constituency at the National Assembly while speaking with journalists during the election in Oko said though the turnout was not impressive but the process was good

The lawmaker maintained that “the election into Local Governments is an election that requires involvement of everybody at the grassroot because it is the closest to the masses.”

He blames mischief makers and politicians on the  opposition as the people responsible for misinformation of the public.

While commending the electoral unpire for a job well done Odebunmi called on them to look into areas were loopholes were recorded with a view to adjusting avoid such errors in susbequent elections.

He however, appealed to the elected council officials not to see their victory as an avenue to aggrandize wealth and destroy the plaform that gives them the oppurtunity to serve but to serve the with passion and mover their council forward.

I Joined APC To Rescue Ekiti From Fayose – Senator Rasaki 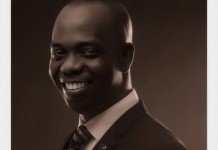