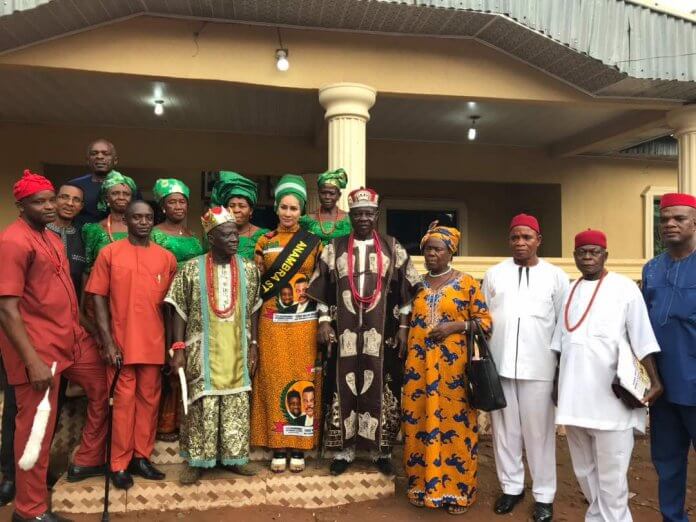 Obiano, represented by the Commissioner for Indigenous Artworks, Culture and Tourism, Mrs. Sally Mbanefo, said this on Saturday, while flagging off the festival, adding that the construction of the staircase for the cave is currently at the state tender’s board and work will start at the site in earnest.

Speaking during the festival, the traditional ruler of the community HRH Igwe T. O Ogbonnaya, thanked the Governor for his  commitment towards actualising his desire to make Owerre Ezukala Cave and waterfall a world class tourism center.

He requested the state Government to construct the road linking the community’s ancestral Ishishi square to the major road, and also adopt the festival as a state festival.

The traditional ruler said that the Ogbaukwu festival is a festival of tapioca (abacha) and fish.

“It is an occasion to promote the Ogba  caves and waterfall. It is also an event that promotes Anambra Tourism as visitors from neighboring states of Imo, Abia and Enugu woukd be present,” Igwe explained.

The festival drew unprecedented crowd to Owerre Ezukala in Orumba South Local Government Area of Anambra state, while a lot of cultural displays by different cultural troupes iced the cake of the festival.