THIS is how I want you to look at it – assuming you are a son or daughter to MKO Abiola and his slain wife, Kudirat.

Then you still remember vividly that this same Abiola (a father) was incarcerated for four years for no just reason, and the day he was supposed to regain his freedom, was the day he died mysteriously. Abiola was full of life, hale and hearty on this fateful day.

As a matter of fact, his entire family members were expecting him at home that day, but the news delivered to them was the death of their father. Not only that, Abiola’s wife, Kudirat (mother) had been assassinated in a broad daylight, in a very inhumane circumstance.

Now, over the years, since June 12, 1993, you have been under an intense emotional torture, and this is coming your way after 25 years, will you still have the same view you are having now over President Muhammadu’s decision on what he did to the Abiola’s family if you are a son or daughter to Abiola and Kudirat?

And you still remember that former President Olusegun Obasanjo, all through the eight years of his presidency, he was told to at least recognise MKO Abiola’s gallantry, he retorted with dumb insolence, even not minding the fact that he (Obasanjo) became the first beneficiary of the benefit of the June 12, 1993, presidential election annulment.

It was for this reason, they said a Yoruba man should start first when democracy was to be restored into the Nigerian system in 1999.

Today, this same Obasanjo is tendering an apology for not being present at the June 12, 2018 event where Buhari conferred the Grand Commander of the Order of the Niger (GCON) posthumous honour on MKO Abiola because of his involvement in a book launch outside the country.

Sentiments apart, no matter what you think inspired the action, I still want you to see it as if you are a son or daughter to Abiola and Kudirat, pls!

How to Apply For Oyo State Teaching Job 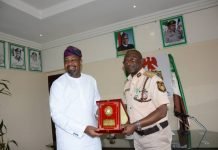 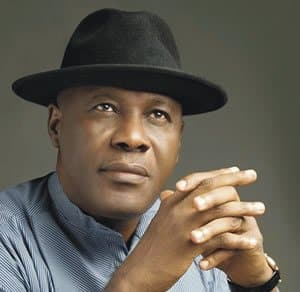 Makinde, Appeal Court And The ‘Axis Of Evil’ | By Taiwo...