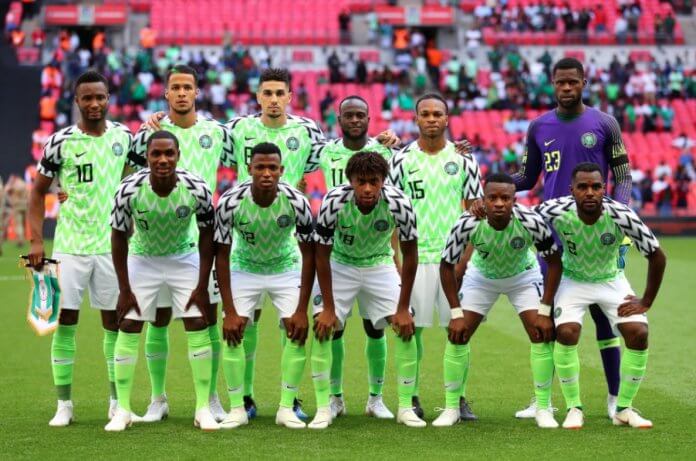 NIGERIANS are not known to betray the Super Eagles. Their loyalty to the national football team had been second to none!

What they used to say is this: it is football that binds Nigerians together, that irrespective of the national differences, Nigerians are still one as far football is concerned.

Similarly, there is also a belief that when testing Nigerians’ patriotism, check their commitment to the National Team in any football contest.

These oneness and patriotism are supposedly displayed whenever Nigeria’s Super Eagles or other national teams, male or female represent the country, most especially at the African Cup of Nations, World Cup, and at the Olympics.

Beyond the oneness, the open display of patriotism had brought a lot of kudos to the Supporters Club – Nigerians on the overall, who often display unalloyed support, even when the team perform below expectations.

Now, since it is already known to be a culture that Nigeria’s national team will never be fully prepared for any contest, home and abroad, the issue of being disappointed had been taken care or – the Super Eagles don’t play to win anymore. Even when they are serious, the chances of winning are 50/50. Hence, Nigerians usually take the Super Eagles for who they are.

The Super Eagles no longer go to tournaments to win. Rather, they only appear in tournaments to sing the National Anthem; make appearance for the country and probably on a selfish note, play to the gallery to display their skills and secure a better contract. It is totally not their fault, even, in national governance, the leaders are not seen to be a serious set of people. So, unseriousness seems a national culture.

ALSO READ:  Any Bank That Deducts Monies Illegally From Customers Must Repay With Interest — CBN

An addition to the state of unseriousness is the NFF – Nigeria Football Federation’s display of profligacy, parading a team with the most expensive jersey to the World Cup! Whereas, hardly was any investment made on the most important needs of these guys, one of which was to acquire more skills in playing together as a team.

Knowing all these anomalies as reasons the team may not perform, Nigerians’ attitude to the Super Eagles after the loss of their opening match to Croatia really calls for a national summit! Nigerian football fans are not known to behave this way. The Super Eagles were ridiculed! Their morale was shattered with all sorts of invectives – all because a match was lost to the reasons best known to us! This is [Un]Nigerian of Nigerians!

The access to the social media is changing the ‘Nigerianess’ in us. Why do we always throw caution to the winds. Little things are forever trivialised. How did people come about saying “Nigeria’s 19 years old goalkeeper celebrated his son’s 17 year birthday!” People took the condemnation of the Super Eagles too far. Why?

Did Nigeria prepare these young Nigerians to win? As if surprises don’t spring up in a competition like this, Argentina parading Messi, lost to Croatia 3-0, the same team that beat Nigeria. Croatia, this is a supposedly less-skillful team beating a more skillful team, Argentina. What should the Argentines do?

The use of abusive or venomous language to express blame on the Super Eagles players is not an act of patriotism. It does not even promote the principles of the game – fair play and love. The bitter and deep-seated ill will expressed to the team on the social media can only weaken them more, it will further dampen their morale and aid their loss.

Let’s cheer up the Eagles as they play Iceland! Up Super Eagles! 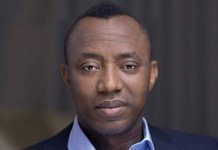 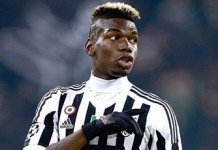