SPEAKER of the Benue State House of Assembly, Mr. Terkimbi Ikyange and all principal officers of the House were Tuesday removed from office in a unanimous decision by 22 out of 30 members of the House.

At the emergency sitting of the House presided over by a Speaker Pro-tempore, a member of the Peoples Democratic Party (PDP) and former Minority Leader Mr. Sule Audu representing Agatu state.

Moving the motion for the removal of the principal officers, Richard Ujege of Konshisha state constituency accused the removed Speaker of high-handedness.

His motion was seconded by Anthony Ogbu of Ado state constituency.

The House also elected Egli Ahubi of the PDP as Deputy Speaker following his nomination by Mr. Joseph Ojobo also of the PDP representing Ogbadibo state constituency and seconded by his counterpart from Makurdi North, Mr. Avine Agbom.

Other principal officers elected by members include Kester Kyenge of the PDP who was elected the Chief Whip.

The Speaker and his deputy were immediately sworn-in by the clerk of the House, Dr. Torese Agena.

In his acceptance speech, Mr. Titus Uba thanked members for finding him worthy to serve in the capacity and promised exemplary leadership at the 8th Assembly.

Exclusive: Atiku On His Way Back To Nigeria To Debate Buhari 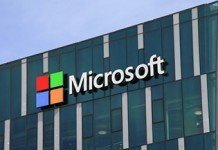