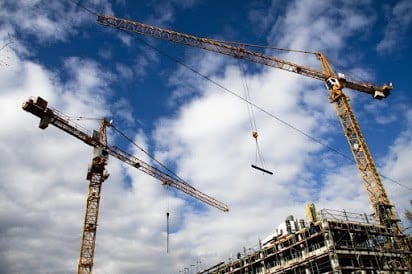 Like virtually any other field, the construction industry has benefited tremendously from technological innovations. For instance, tools like mobile phones and tablets have made it easier than ever to coordinate, schedule, and plan projects. Similar innovations have helped teams more efficiently visualize their work.

However, it’s easy to overlook the role that technology can, and should, play in improving the safety of worksites.

It’s important to explore the various ways in which new tech can keep construction workers safe on the job. According to OSHA, in 2016 alone, one out of every five workplace fatalities in the United States involved construction workers. Leveraging new innovations to reduce this accident rate is crucial, not only to protect your employees but also your company.

According to one Philadelphia workers compensation lawyer, your business could be responsible for paying up to 500 weeks of compensation to an injured party. Not only could this have a major impact on your bottom line, but also on employee retention rates and productivity levels. The less a worker feels their employer cares about their safety, the less likely they are to want to work for your company.

Luckily, there are many tools available now that construction teams can leverage to boost overall workplace safety. They include the following:

The CDC considers unmanned aerial vehicles (drones) to be very useful in the construction industry, particularly in regards to safety issues. Drones are particularly valuable here because they can monitor sites, assist in large-scale inspections, and perform maintenance tasks on high buildings.

Now that the FAA has established rules for the use of commercial drones, it’s likely they’ll play an increasingly significant role within this industry.

It’s not just the stuff of science fiction anymore: Exoskeletons which allow humans to lift heavy objects and perform similar dangerous tasks more easily are now both very real and very practical. Experts in the field believe using them will help reduce the rate of injury often caused by overexertion.

Proper training is essential for all jobs within the construction industry. People whose responsibilities involve operating cranes and other potentially dangerous machinery must be extremely comfortable doing so.

That’s why virtual reality (VR) is set to improve the overall safety of construction worksites. With VR tech, workers have many more opportunities to get a real feel for their tasks while training than they typically would in the past. Instead of needing access to an actual piece of machinery to learn, they can use VR to hone their skills even when the necessary equipment isn’t available.

Now, sophisticated sensors can be placed throughout construction sites to monitor the work conditions. If these sensors detect any hazards, they’ll alert employees so they can mitigate the risk before continuing with their tasks.

These are merely some of the many new technologies that can assist in maintaining construction site safety. Again, this is a dangerous industry. Taking steps to eliminate hazards is very important, both for your employee’s well-being and your company’s success. With these tools, doing so is easier than ever.