On Thursday night, Mnangagwa was declared the winner of the election, the country’s first since the toppling of veteran leader Robert Mugabe, with a slim lead over Nelson Chamisa, head of the Movement for Democratic Change (MDC).

Mnangagwa, who took over the ruling Zanu-PF party from Mugabe last year and was appointed President, won 50.8% of the vote, the election commission said, just enough to avoid a runoff. Chamisa received 44%.

The president tweeted that he was “humbled” by the result. “Though we may have been divided at the polls, we are united in our dreams,” he added. “This is a new beginning. Let us join hands, in peace, unity & love, & together build a new Zimbabwe for all!”

I Would Have Burnt My Membership Card, PDP Flag If Sheriff...

I’ll Continue To Respect Principle Of Separation Of Power —Buhari 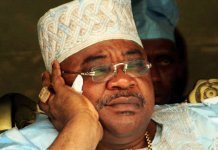