The Nigerian will now be in charge of the Taifa Stars and will attempt to get their Africa Cup of Nations qualifying campaign back on track.

The 47-year-old signed a two-year deal to take over from Salum Mayanga, who was shown the way out for poor results.

His first priority will be to get the Taifa Stars’s Africa Cup of Nations qualifying campaign back on track. 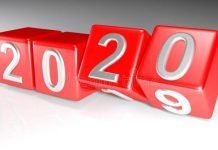 Iran Vows To Pursue Missile Program Despite New US Sactions