Home News FDA Says Cancer Warnings On Coffee Could ‘Mislead’ Consumer
Share
Facebook
Twitter
Pinterest
WhatsApp
Linkedin
THE idea of a cancer warning label on coffee, which may be required under California law, has sparked a bitter debate and is now drawing criticism from the U.S. Food and Drug Administration (FDA).
This week, FDA Commissioner Dr. Scott Gottlieb said that such a label would mislead consumers more than it would inform them.
“Such a warning could mislead consumers to believe that drinking coffee could be dangerous to their health, when it actually could provide health benefits,” Gottlieb said in a statement yesterday (Aug. 29).
In March, a California judge ruled that coffee should carry a cancer warning because it contains the chemical acrylamide, which has been linked with cancer risk in high doses in studies on animals.
ALSO READ: Study: Squeezing Breasts ‘Can Stop Cancer’
Acrylamide can form in foods during high-temperature cooking; in coffee, it forms during the roasting of coffee beans. But it’s unclear whether the levels of acrylamide found in coffee are high enough to pose a risk to people.
Indeed, the FDA says that current research does not suggest a link between coffee and cancer. In fact, some research has suggested that consuming coffee may lower the risk of certain cancers.
In June, the World Health Organization also said that there was not enough evidence to link coffee consumption to cancer.
In light of this and other research, California officials at the state’s Office of Environmental Health Hazard Assessment recently proposed a regulation to exempt coffee from the cancer warning.
The FDA says it “strongly supports” this proposal.
“The scientific community has conducted a substantial amount of research on the issue of whether coffee causes cancer, and the totality of that research has found inadequate evidence to establish that coffee causes cancer, and suggests that coffee may even reduce the risk of some cancers,” the statement said.
Gottlieb also noted that acrylamide has been found in other foods, and removing any one or two foods from your diet would not have a significant effect on your overall exposure to the chemical.
For a healthy diet, Gottlieb encouraged people to follow the Dietary Guidelines for Americans, which emphasize fruits, vegetables, whole grains, and fat-free or low-fat dairy, as well as lean meats, poultry, fish, beans, eggs, nuts and healthy oils; and advise people to limit saturated fats, trans fats, sodium and added sugars.
ALSO READ:  Adeosun Returns To England
Advertisement
Loading... 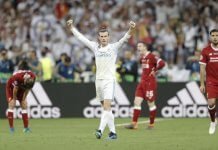