Nigerian Tribune on Tuesday reports Shekarau’s media aide, Alhaji Sule Yau Sule, saying: ”it is true Malam Shekarau has dumped the PDP. However, we are still going to take the decision on the next step to take. He is yet to decide on the party to join.”

His words “the decision to dump the PDP is based on the injustice meted to the former governor, who had been steering the party affairs for a long time ”

The dissolution of the state exco of the party was an insult on Malam Shekarau, but still, our loyalists should wait for final decision to be taken as to which party to join.”

NCC Board Screening: Nominee Calls For Scrapping Of Senate 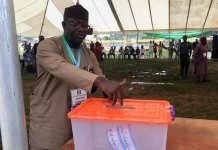