THE Peoples Democratic Party (PDP) governorship candidate in the Saturday’s election, Senator Ademola Adeleke, has warned the Independent National Electoral Commission (INEC) against tampering with result of the poll.

Adeleke said INEC should respect the will of the people.

His stance was contained in a statement issued by his campaign organisation.

The statement signed by Olawale Rasheed, campaign Director of Media and Publicity, Adeleke reads, “The Ademola Adeleke Campaign Organisation has warned against the manipulation of the results of the governorship polls, affirming that the will of the people must be respected.

“As results are been collated across the state, we demand utmost fair play and transparency from the electoral body.

“We are watching and monitoring closely. Under no circumstance should the collation process be manipulated.

“Our agents and leaders are on their toes armed with relevant results and forms.

“The will of the people must be respected.We task INEC and security agencies to obey the directive of President Muhammad Buhari who had ordered that the Osun electoral process should never be manipulated by federal or any related agencies.

“We call on local and international observers to take note of the ongoing process and assist the people of Osun state to realise the supremacy of their electoral will.

“Our people should also be ever vigilant to protect their votes and their aspirations for better life.” 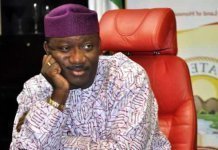 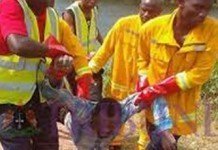