THE Peoples Democratic Party (PDP) Presidential Campaign Organization (PPCO) noted with consternation, the deliberate reliance on falsehood by President Muhammadu Buhari in his budget presentation at the National Assembly, Wednesday, and demands his immediate apologies to Nigerians.

“Nigerians and the international community were shocked as fact-checks reveal that a large part of the claims made by Mr. President, particularly on projects he claimed to have completed, were an outright falsehood, apparently designed by the Buhari Presidency to mislead the nation and the world.

“The fact-checks showed that most of the projects which Mr President claimed to have been completed do not have the littlest attention of his administration if they exist at all.

“Of particular reference is President Buhari’s claim that he has completed the Ugwashi-Uku Dam in Delta state; a claim, which casts a long shadow on his assertions, as the project has been abandoned since 2015.

“In fact, the Dam, which President Buhari barefacedly said that he has completed, is overgrown with weeds, while the road leading to the complex has collapsed.

“The scenario is mostly the same in other capital projects, particularly those in remote parts of the country, which perhaps, our dear President thought Nigerians will not fact-check on.

“This explained why federal lawmakers booed him during his budget presentation, a development that is unprecedented in our national history.

“In his desperate plot to nudge up a trajectory of dismal performance, President Buhari resorted to falsification of achievements thereby violating his oath of office; the oath of allegiance to the people of Nigeria and corrupted our national performance indices.

“This elevation of lies to a standard practice of governance is embarrassing and the PPCO completely condemns it.

“All over the world, leaders of nations are expected to be truthful in their dealings, but this is no longer the case as it concerns our dear nation.

“While we do not want to call Mr. President a liar, we urge him, in his words, to tell Nigerians what he will call a person who claims to have done what he did not do, particularly, given his perception by a minority few as Mr. Integrity.

“The PPCO invites Nigerians to note that since fact-checks exposed the myriads of false claims in Mr. President’s budget speech, the Presidency has not offered any form of explanation. This goes to show that the claims were deliberate and intended to mislead.

“Nigerians will recall that the PDP had always alerted that the Buhari Presidency has nothing to offer Nigerians except lying, falsehood, deception, beguilement, intimidation, harassment, hunger, starvation and disobedience of court orders.

“The PPCO, therefore, charges President Buhari to apologize to Nigerians as well as get his handlers to turn a new leaf and save his reputation from further nose-diving within the few months he was in office as the President of the Federal Republic of Nigeria.” 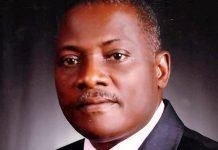