THE Presidential candidate of the Peoples Democratic Party (PDP), Alhaji Atiku Abubakar, is on his way back to Nigeria from the United States.

An online news platform, Naija News, reports a reliable source within the Atiku Abubakar campaign confirmed to Naija News that Alhaji Atiku Abubakar is on his way back to the country ahead of the Presidential Debate scheduled for 6pm today, January 19, 2019, at the Transcorp Hilton Hotel, Abuja.

A member of the Atiku Abubakar campaign team, Steve Oliyide in a phone interview with Naija News report stated that Mr Abubakar would be available for the debate and he would only debate President Muhammadu Buhari who is the major contender in the presidential race.

Mr Oliyide said, “we are very much prepared, I can assure you that Alhaji Abubakar is on standby, he would get to the venue of the debate, but if his opponent (Buhari) does not show up then you won’t call it a debate any longer, if Buhari fails to show up Alhaji Atiku Abubakar would address Nigerians at the venue of the debate.”

Meanwhile, there are strong indications that incumbent President Buhari would not be available for the debate in person, he might be represented by Vice President Yemi Osinbajo. 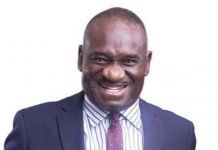 Airforce Contingent To Gambia On Jammeh’s Ousting Back In Nigeria