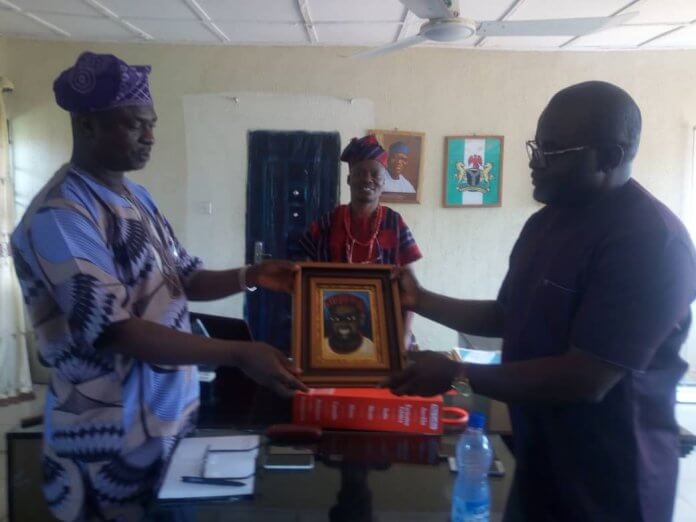 EKITI State Government has promised to form a synergy with media practitioners in the state to promote Arts and Culture in line with Dr Kayode Fayemi’s five-point agenda.

Director-General Ekiti State Council of Arts and Culture, Mr Wale Ojo-Lanre, disclosed this while receiving the executive members of Nigeria Union of Journalists (NUJ), Ekiti State Chapter, in his office on Wednesday (today), in his office in Ado Ekiti.

Ojo-Lanre said Dr Fayemi’s vision is to restore the cultural value and promote Arts in the state and the council is not leaving any stone unturned in ensuring that the vision is accomplished for the progress and economic development of the state.

He said further that, The rationale behind the establishment of the Council by Dr Kayode Fayemi in his first time is to promote, transform and harness Ekiti cultural and Arts value for economic development.

While assuring the journalists of cooperation, Ojo Lanre said: “As a journalist, I understand the role of the fourth estate of the realm in the development of every sector, particularly in promoting, showcasing it with the intention of attracting visitors and patronage from the international community.”

He, however, tasked them on fact-checking and engage in developmental journalism.

In his remarks, The Chairman of the council, Comrade Rotimi Ojomoyela described Ojo Lanre as an experience and consummate Journalists who are versed in the knowledge of Arts and cultural promotion.

Ojomoyela who was accompanied by his Vice president. Ronke Samu and secretary Kayode Babatuyi said there is a high expectation from the Council under the leadership of Wale Ojo Lanre and express optimism that he will not fail.

He added that “Ekiti state is endowed with a lot of tourism potential which is yet to be tapped and we are ready to be a partner in progress in transforming the state into a place of pride.”