Critical among conditions set for emir Sanusi is tendering a public apology to Governor Ganduje and people of Kano for “dragging the revered image of the Kano emirate into the mockery waters of politics”.

Ganduje is also compelling the former governor of the Central Bank of Nigeria (CBN) to withdraw all litigations challenging the Kano state government over the creation of the new Emirates.

The governor also wants Emir Sanusi, as part of requisite for peace, to extend hands of fellowship to the new first class emirs, including the emir of Rano, Bichi, Karaye and Gaya with a commitment to assume the leadership of the emirate council as stipulated in the new laws.

“Emir Muhammad Sanusi has a moral burden to publicly apologize to Governor Ganduje, moral burden to withdraw all court cases he is personally sponsoring against the government,” said Mallam Muhammad Garba, former Commissioner for Information said in a statement.

“This will indeed, demonstrate his readiness to embrace peace and forgive, for the overall interest of Kano and good people of the state.

“The emir should extend a hand of friendship to the emir of Karaye, Rano, Gaya and Bichi. He is also expected to positively use his wealth of experience to lead other emirates and ensure their commitment towards socioeconomic development of the state.

“When these are done, the reconciliation will not only become sweetest but very rewarding”. Garba conditioned.

The governor insisted until the listed conditions are fully met by the embattled emir, the process of reconciliation might be difficult to achieve.

Garba clarified that emir’s ordeals were a self-inflicted one and not a case of a witchhunt.

According to the statement, the case of financial impropriety against the emir was instituted by some concerned group, which clearly vindicated the government.

“Recall that a group known as Concerned Friends of the Kano Emirate had petitioned the anti-graft agency alleging that a whopping sum of N3.4 billion was illegally expended at different transactions by the Kano Emirate Council with the express approval of the Emir.

“The Kano anti-graft agency has been on this very matter for about three years; and not until recently when it concluded the investigation and did the needful by forwarding the interim report to Kano state government. Suffix to say that the state anti-corruption body, which is independent, is acting based on the Kano State Public Complaint and Anti-Corruption Commission Law 2008 (as amended).

“And as far as the Commission is concerned, this investigation is ongoing and the Commission will do everything legally possible to deliver its mandate with respect to the case. Interestingly, Emir Sanusi, in compliance with the law, has replied the query issued to him by Kano State Government.

“He has stated his own side of the story and I believe relevant authorities are looking into it. In this line, I believe that it is in the interest of Emir Sanusi for the probe to be completed so that the sleeping dogs may lie,” Garba said. 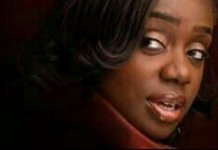