THE President of the National Youth Council of Nigeria (NYCN), Comrade Almustapha Asuku Abdullahi, has stated that the celebration of June 12 carries a huge significance for Nigerian youths and older Nigerians.

He equally expressed gratitude to President Muhammadu Buhari for the change of date and celebration, saying that “the President yielded to the yearnings of the Nigerian people through the signing of the bill making June 12 as Democracy Day in Nigeria.”

Disclosing this while addressing journalists in Abuja, on Wednesday, Almustapha stressed that “This change in date is a fulfilment of the promise made last year by the President Muhammadu Buhari administration to honour the late Chief  Moshood Kashimawo Olawale, MKO, Abiola whose June 12, 1993 presidential election victory was annulled by the military regime of General Ibrahim Babangida on June 23, same year.”

Commenting further on the event of June 12 which he said many observers have described as the most significant in Nigeria’s post-independence political history, he added that the event is still being viewed as the freest, fairest and most peaceful election ever held in Nigeria.

He, however, charged Nigerians to reflect on the significance of the celebration of Democracy day to promote the unique qualities that strengthened our Unity in Diversity.

According to him: “You will recall that many young people paid the ultimate price during the June 12 struggle and I will use this medium to admonish us to build on the significance of today’s celebration of Democracy day to promote those qualities that strengthened our Unity in Diversity. On this day in 1993, as Nigerians, we jettisoned our diverse ethnic backgrounds, religious differences and social orientations to Vote Chief MKO Abiola and Babagana Kindigbe both Muslim as the President and Vice president of Nigeria.

“Though the unfolding events after this election was annulled were not palatable to us as a nation, we still came out of it stronger.”

Almustapha, however, called on Nigerians to reignite the spirit of patriotism and nationalism, with a view to promoting peaceful co-existence, and shun any form of activities that constitute a threat to the nation.

In a related development, the organisation congratulated the newly emerged presiding officers in the National Assembly and beseeched the legislative arm of the government of the Federal Republic of Nigeria to help deepen democratic principles and values in the country, and ensure its goods are enjoyed by the citizens at large.

He said: “We look forward to a more better and virile performance from the 9th National Assembly that would always be the opium of the people they represent at there various Senatorial districts and constituencies.”

Minimum Wage: Makinde Sets Up Committee To Dialogue With Workers 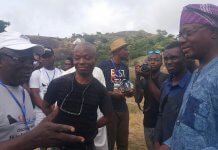 NFF, Others To Receive $5m Annually From FIFA 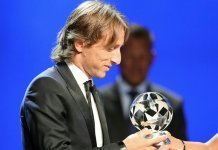