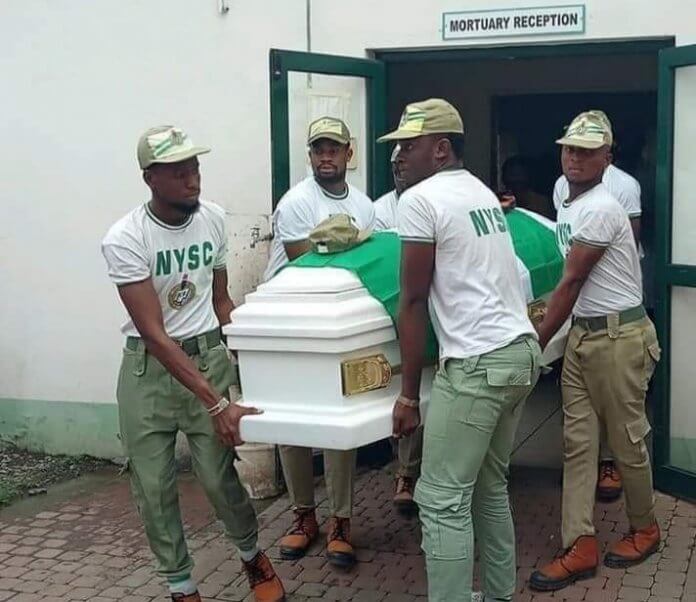 THE Director-General, National Youth Service Corps (NYSC), Brig.-Gen. Shuaibu Ibrahim, has paid his last respect to Mr. Precious Owolabi, a corps member who had his primary assignment with the Channels TV Abuja office.

Ibrahim inspected Owolabi’s body shortly before it was removed from the National Hospital Abuja, on Tuesday, for homeward journey.

Owolabi died of gunshot injuries he sustained in Monday’s violent confrontations between the Police and members of the Islamic Movement of Nigeria (a.k.a Shi’ites).

Until his death, Precious, a graduate of Performing Arts from the University of Ilorin was a serving Corps Member with Channels Television who was loaded with good prospects in the journalism profession.

NYSC members carry the remains of their colleague, Mr. Precious Owolabi, who was killed on Monday during a violent confrontation between Police and the Shi’ites. His body left the National Hospital, Abuja on Tuesday.